What Is a Patent?

A patent for an invention is the grant of a property right for a limited time by a sovereign government to the inventor. In the United States this right allows the owner of the patent to prevent any other entity from making, using, selling, or importing the invention into the country. To be granted a patent, the applicant must fully describe the invention and meet other statutory requirements.

In 2019 there were 3,224,200 patent applications filed worldwide, 43.4% of which were filed in China. The United States accounted for 19.3% of applications, followed by Japan with 9.6%. The number of patents filed has generally increased over time but fell in 2019 for the first time since the 2008 financial crisis. [1]

Purpose of a Patent

There are three types of patents an application can be filed for. Each type has different filing requirements for approval and affords differing protections to the claimed invention.

Design patents are granted to anyone who invents a new, original, and ornamental design for an article of manufacture. The protections afforded to a design patent only extend to the appearance of the design and not to any functional aspects of the design. A design patent has a maximum life of 15 years after the date of application. Examples include:

Utility patents may be granted to anyone who invents or discovers any new and useful process, machine, article of manufacture, or composition of matter, or any new and useful improvement thereof. A utility patent is what one generally thinks of as an invention and must offer some functional benefit or solve a problem. Utility patents have a maximum life of 20 years after the date of application. Examples include:

Plant patents may be granted to anyone who invents or discovers and asexually reproduces any distinct and new variety of plant. Prior to the Plant Patent Act people could not patent plants because they did not “invent” the new plant. To encourage horticulturist to develop new plant varieties, a plant patent can be awarded for any new variety once it is asexually reproduced. Plant patents have a maximum life of 20 years. Examples include:

Applying for a Patent

An inventor may file their own patent application and is not required to hire a patent attorney or patent agent. Filing your own patent application is not advisable though because there is no assurance that the patent obtained would adequately protect the invention. Patent attorneys must take and pass the patent bar, ensuring that they have proficiency with the patenting process and understand how to sufficiently protect an invention using a patent.

Infringement of a patent consists of the unauthorized making, using, offering for sale, selling, or importing any patented invention within the geographic territory of the granting authority during the life of the patent. In the United States if a patent is infringed, the patentee may sue for relief in federal court. The patentee may ask the court for an injunction to prevent the continuation of the infringement and may also ask the court for an award of money damages caused by the infringement.

What can I patent?

Any person who “invents or discovers any new and useful process, machine, manufacture, or composition of matter, or any new and useful improvement thereof, may obtain a patent.” The patent act allows for the patenting of four different types of inventions, namely:

The invention must be new in the sense that no other person has done or made the claimed thing before. Finally, the thing claimed by the patent application must have some usefulness.

How much does it cost to get a patent?

The cost obtaining an issued patent can be anywhere from $950 to over $15,000. The United States Patent Office calculates fees according to the following fee schedule. [3] These fees vary based on factors such as the type of application being filed, the number of claims, and the status of the entity applying (individual inventor, small business, corporation). Additionally, an applicant who hires a patent attorney must pay attorney’s fees.

How long does a patent last?

Utility and plant patents have a maximum life of 20 years, and design patents have a maximum of 15 years. After a patent has been issued, the owner of that patent must pay maintenance fees every 4 years to prevent the patent from expiring. A patent can also expire if a court finds it to be invalid during an infringement suit.

» More about: How long patents last

How hard is it to get a patent?

Anyone can file a patent application, but getting an application approved can be a very difficult task. The number of patents issued floats around 50% of applications filed. [4] Most of these applications are submitted by a patent attorney, showing the difficulty of navigating the patenting process even by seasoned professionals. 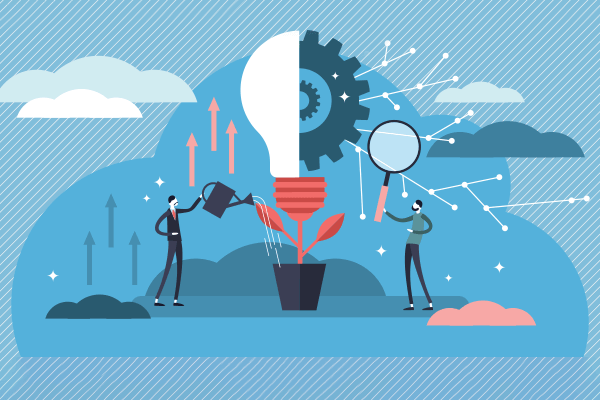