How to Patent an Idea in Arkansas

The process for filing a patent is difficult and consulting with an attorney is highly recommended. When applying for a patent in Arkansas, it is best to use a local attorney.

The State of Arkansas aka “The Natural State” contains diverse geography, ranging from the mountainous U.S. Interior Highlands to the lowlands along the Mississippi river.

We at PatentExperts.org believe that Arkansas can receive significantly more patents than it currently is. The following article is a resource for inventors in Arkansas to utilize in patenting their idea.

When applying for a patent in Arkansas, it is always recommended to consult with and use the services of a patent attorney located in Arkansas.

How to File a Patent in Arkansas

Federal law governs patent rights and the process for obtaining a patent. A patent application is filed with the United States Patent and Trademark Office (USPTO). The process and requirements for applying for a patent are the same regardless of if you are in Arkansas or any other state and look like this:

Take for example the market in Arkansas. In 2021 its GDP was $148 billion making it the 34th largest state economy.

Before beginning the patenting process, make sure you understand the market potential of your invention in Arkansas and have a plan for how to make money from having a patent. Ask the following questions

While patent law is set at the federal level, contract law is governed by state law. The interpretation of an employment contract in Arkansas will be governed by Arkansas law.

If you are employed in the Arkansas, it is very important to read and understand your employment contract. Consulting a patent attorney in Arkansas is highly recommended to interpret the meaning of intellectual property clauses in employment contracts.

An inventor in Arkansas should use the services of a registered patent attorney in Arkansas to prepare and file the patent application. Although an inventor may file and obtain their own patent, there is no guarantee that the patent would sufficiently protect the invention.

Does it matter if your patent attorney is located in Arkansas? A registered patent attorney can draft, prepare, and prosecute a patent application regardless of what state they or their client are in. A patent attorney may not provide out of state legal advice unrelated to the patent prosecution.

For example, say an inventor is located in Arkansas. That inventor may use a patent attorney in another state to assist in applying for a patent. However, that out of state patent attorney may not provide advice regarding employment contracts, licensing, or other business considerations related to the patent.

10. Protecting Your Patent from Infringement in Arkansas

To protect a patent from infringement in Arkansas a patent owner should bring a patent infringement lawsuit in one of the following Federal District courts.

Petitions and Appeals in Arkansas

There are five PTAB court locations, one of which is in the USPTO Texas Regional Office in Dallas, Texas. An inventor located in Arkansas who appeals or petitions the USPTO would likely have their case heard at the USPTO office in Texas.

There is one PTRC location in Arkansas.

Licensing Your Patent in Arkansas

How to Limit Patent Rights in Arkansas

A patent license agreement can be structured so that the person acquiring the rights, can only make, use, or sell the invention in a particular geographic area. The owner of a patent can license out the patent so that the invention can only be used in Arkansas, or only in a certain region in Arkansas. 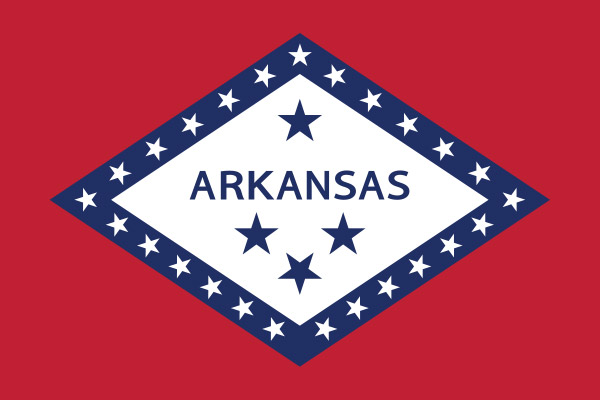