How to Patent an Idea in California

The process for filing a patent is difficult and consulting with an attorney is highly recommended. When applying for a patent in California, it is best to use a local attorney.

The population in California that year was about 12% of the US population. This means that patents granted per capita coming from the State of California is more than double a typical state.

How to File a Patent in California

Federal law governs patent rights and the process for obtaining a patent. A patent application is filed with the United States Patent and Trademark Office (USPTO). The process and requirements for applying for a patent are the same regardless if you are in California or any other state and look like this:

The market for an invention varies greatly based upon the technological field, the specifics of the invention itself, the geographic location of use, and many more factors.

The market in the state of California is massive. By itself, It is about to move past Germany as the world’s 4th largest economy. A useful invention likely has a valuable application somewhere in California.

Before beginning the patenting process, make sure you understand the market potential of your invention in California and have a plan for how to make money from having a patent. Ask the following questions

While patent law is set at the federal level, contract law is governed by state law. The interpretation of an employment contract in the state of California will be governed by California law.

An inventor in California should use the services of a registered patent attorney in California to prepare and file the patent application. Although an inventor may file and obtain their own patent, there is no guarantee that the patent would sufficiently protect the invention.

Does it matter if your patent attorney is located in California? A registered patent attorney can draft, prepare, and prosecute a patent application regardless of what state they or their client are in. A patent attorney may not provide out of state legal advice unrelated to the patent prosecution.

For example, say an inventor is located in California. That inventor may use a patent attorney in another state to assist in applying for a patent. However, that out of state patent attorney may not provide advice regarding employment contracts, licensing, or other business considerations related to the patent.

The typical method of filing a patent application is using the USPTO’s Electronic Filing System (EFS-Web). Navigate to the EFS-Web portal and create a USPTO account. The required documents are uploaded to EFS-Web in PDF format and submitted. Fees are also paid through the EFS-Web portal.

While the application is pending you may view the status using the USPTOs Patent Application Information Retrieval Tool (PAIR). Login using your USPTO account. PAIR shows where your application is in the process and any action items that you need to address. Correcting issues or uploading more documents is done in the EFS-Web portal.

10. Protecting Your Patent from Infringement in California

Petitions and Appeals in California

The judges will review the examiner’s decision, hear arguments from both the applicant and the USPTO, and make a final decision on whether the patent will be granted or not. To appeal a final rejection file a notice of appeal in the EFS-Web portal and pay the appropriate fees.

The term “Patent and Trademark Resource Center” (PTRC) refers to a library which has made commitments to the United States Patent and Trademark Office (USPTO) to provide public accessibility to products and services, offer patent and trademark training, provide reference assistance and outreach to the public, and collect metrics to demonstrate use of the resources.

There are five PTRC locations in the state of California.

Licensing Your Patent in California

How to Limit Patent Rights in California

A patent license agreement can be structured so that the person acquiring the rights, can only make, use, or sell the invention in a particular geographic area. The owner of a patent can license out the patent so that the license can only be used in California, or only in a certain place in California. 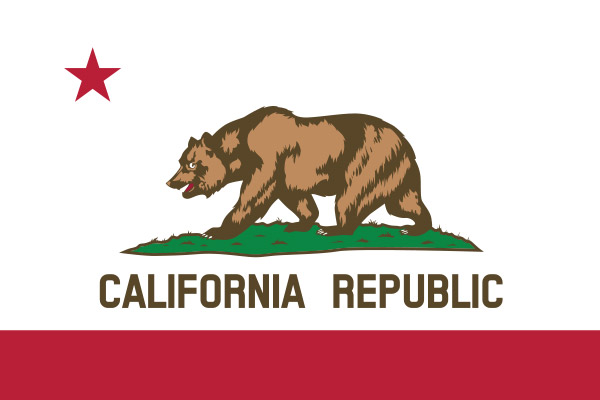